Scooters may be back on the streets of Dallas soon.

But not everybody thinks they should return.

Dallas radio host, Michael Zavala, was injured in a scooter accident on Labor Day 2018. He gave his thoughts on the possible scooter return on his weekly show, MZNOW.

“Here’s my thing, I’m not pro scooter because of the accident. Who remembers being in Deep Ellum, when these scooters were riding around town? I know three people that were just coming out of like restaurants or bars or whatever, and were knocked over by people riding scooters on the sidewalk.

They weren’t supposed to do it, but they did it anyway.

Who remembers sitting in traffic and having a scooters zip by, almost hitting people on scooters?”

He went on to say that, “providing stupid people with tools to be stupid is a terrible idea. We’ve already tried it. Dallas is not a scooter city.”

Michael, who shattered his leg in more than 16 places, spoke about his accident on NBC in 2019.

He was also recently featured on Judge Steve Harvey for the same injuries.

In 2020, the city of Dallas ordered rental companies like Lyft and Bird to stop operations due to safety concerns and public complaints.

If the Dallas city council approves, the scooters could return by the fall. 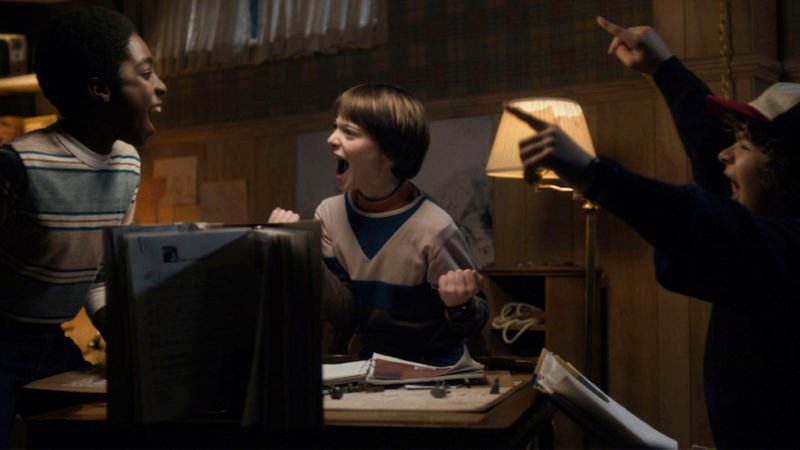 It’s that time of year again! Michael Zavala has released his 2022 MUST WATCH list. Did your favorites make it? Find out below.

Barry follows Barry Berkman, a discharged Marine from Cleveland, who works as a hitman. Lonely and dissatisfied with life, he travels to Los Angeles to kill a target and finds a new sense of purpose when he joins a class full of aspiring actors. Despite his efforts to leave behind his criminal history and become an actor himself, he struggles to escape his dark past.

The series follows Will Smith’s complicated journey from the streets of West Philadelphia to the gated mansions of Bel-Air.

The series stars Larry David as a fictionalized version of himself. Like the real-life David, the character is well known as the co-creator and main co-writer of the highly successful sitcom Seinfeld. Although Larry maintains an office, he is rarely shown working. The show’s plots often center around everyday interactions between Larry and his friends, acquaintances, and occasionally strangers. Conflicts in the show are frequently sparked by Larry’s social unorthodoxy, particularly his often tactless manner of speaking and his stubbornness.

Star Trek: Strange New Worlds follows Captain Christopher Pike (played by Anson Mount) and the crew of the starship USS Enterprise (NCC-1701) in the 23rd century as they explore new worlds throughout the galaxy in the decade before Star Trek: The Original Series. It has a contemporary take on that series’ episodic storytelling and 1960s designs, and features the following narration from Mount during each episode’s opening credits (similar to the opening narrations in The Original Series and Star Trek: The Next Generation).

Stranger Things is set in the fictional rural town of Hawkins, Indiana, during the 1980s. The nearby Hawkins National Laboratory ostensibly performs scientific research for the United States Department of Energy, but secretly does experiments into the paranormal and supernatural, including those that involve human test subjects. Inadvertently, they have created a portal to an alternate dimension, “the Upside Down”. The influence of the Upside Down starts to affect the unknowing residents of Hawkins in calamitous ways.

The Boys is set in a universe where superpowered individuals are recognized as heroes by the general public and work for a powerful corporation known as Vought International, which markets and monetizes them. Outside of their heroic personas, most are arrogant, selfish, and corrupt. The series primarily focuses on two groups: the Seven, Vought’s premier superhero team, and the Boys, vigilantes looking to bring down Vought and its fake superheroes.

The Orville is set on the titular spacecraft: USS Orville (ECV-197), a mid-level exploratory vessel in the Planetary Union, a 25th-century interstellar alliance of Earth and many other planets. The show consists of adventures encountered by the ship’s crew, usually involving planet exploration and visits to various parts of the galaxy.

What We Do in the Shadows – Hulu/FX

Set primarily in Staten Island, New York City, New York, What We Do in the Shadows follows the lives of three traditional vampires, Nandor, Laszlo, and Nadja; Colin Robinson, an energy vampire; and Guillermo, Nandor’s familiar. The series revolves around the vampires interacting with the modern world and other supernatural beings. 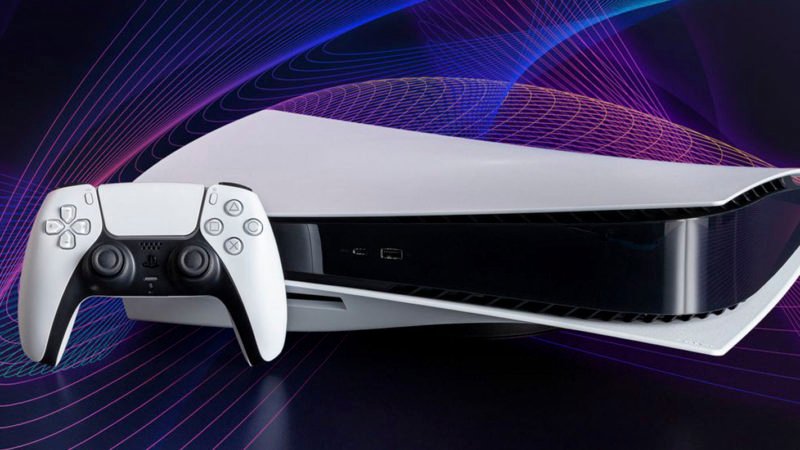 How to Get That Elusive Playstation 5

The Playstation 5 is the Tickle Me Elmo of 2020. Everyone is trying to find Sony’s newest console. Most stores have only four or five in stock and they sell out as soon as they hit the shelves. Online is even worse. Bots snatch up new stock as soon as it goes live.

So how can you get one before Christmas?

Our very own, Michael Zavala tells you how he was able to purchase his Playstation 5 and how you can do it too!

MZ’s Guide to Getting that PS5

We hope these tips help you out and bring you some Holiday cheer! After what 2020 gave us, we all need a little pick-me-up. 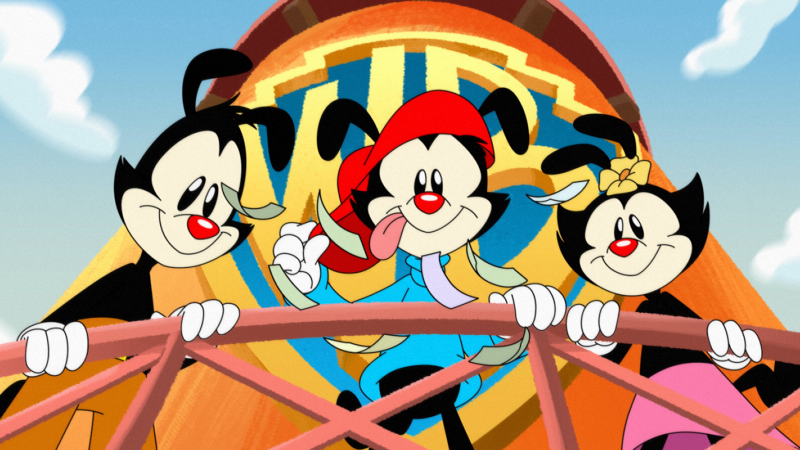 5 Shows to Binge During Thanksgiving Weekend

So you’ve eaten your turkey (for the 4th time), you’ve taken your nap, now what? Instead of listening to your uncle explain how the election was stolen from Trump, how about binging a few shows? Now is a GREAT time to plug in some headphones and start catching up on some of Hollywoods’ recent bangers. What should you watch? Glad you asked. Here are 5 shows we recommend checking out over your long Thanksgiving weekend.

We talk about this show a lot and it’s because it’s THAT GOOD. So do yourself a favor and start watching the first two seasons.

This is a MUST WATCH. If you are a fan of the Fresh Prince, you should have watched it as soon as it came out. SHAME ON YOU. But now is the time to watch it. Also, you might cry.

If you’re looking for space westerns, this is your guy. It’s got everything. Lasers. Helmets. Frog people. Talking robots. What more could you want? Also, you can finally find out what all the ‘Baby Yoda’ fuss is about.

This show is NOT a space western. But if you’re into time travel, spores, Doug Jones, and a lead character who cries every 40 seconds, this is the show for you. It is currently on its third season, so you have plenty of episodes to occupy your time.

Last but certainly not LEAST, it’s Animaniacs. This reboot is just perfect. It could not be any better. Plus, you get a TON of Pinky and the Brain. While you’re at it, binge the entire 90’s series. It’s on Hulu as well. 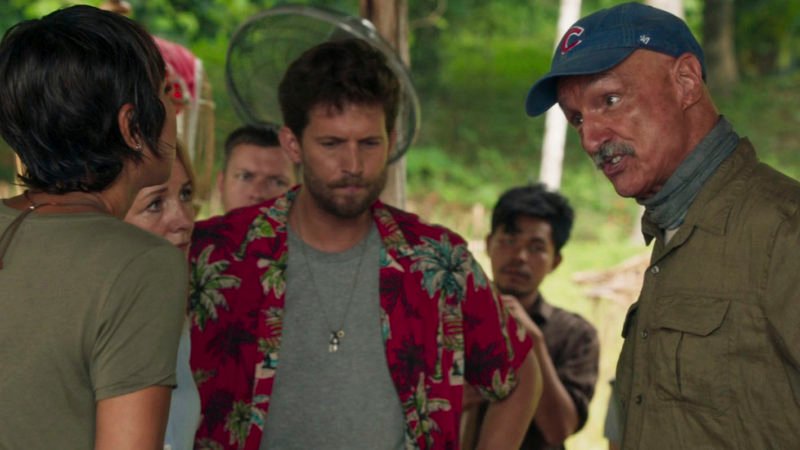 Will There Be A Tremors 8?

If you haven’t seen Tremors: Shrieker Island (the 7th and latest movie in the franchise), watch it on Netflix and then come back to this article. If you don’t care about spoilers – then continue reading.

END_OF_DOCUMENT_TOKEN_TO_BE_REPLACED 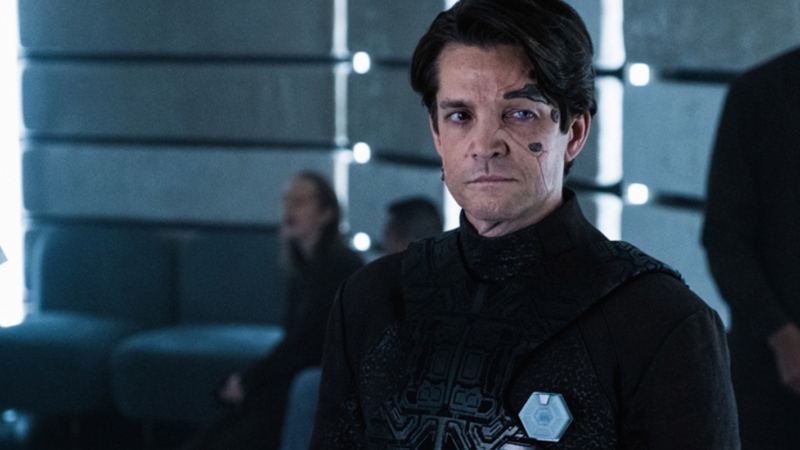 But is it really over?

Jonathan Del Arco addresses what it is like being a part of the Star Trek universe and if we’ve really seen the last of Hugh.

Michael: If I was the writer on there [Picard], I would have let you live. Just so you know.

But you know, it is Star Trek. No one ever really dies.

Michael: That’s what I was getting at. Thanos snapped half the world away, and in the next movie, everyone’s back and they beat him up.

Michael: So, do you think Hugh can come back at some point? Do you have hope that Hugh might come back at a later date?

I mean, you should never give up hope. I don’t see it in the cards. I’ve not been talked to about it. I don’t think the writers, that’s where they’re at right now. But you never know down the line. There’s so many incarnations of Star Trek, so many different kinds of shows that happen. You never know. I didn’t think I’d come back now and here I am.

Michael: It’s sad that your character died before reuniting with Geordi. Were you a little disappointed?

I was surprised and I had asked them, “why don’t I ask about Geordi?” I don’t understand why Geordi is not being addressed in any way. Maybe they had plans for using him later on and they didn’t want to muddy up the storytelling. I have no idea. But yeah, I was definitely bummed.

Eric: With you playing the Hugh character, there’s not a drop of gayness. There is one scene between you and Elnor, they’re kind of hinting towards something, but I know there’s nothing for sure…

Well, I made a choice to love him. My choice. It wasn’t in the script.

It’s tricky because we didn’t have many scenes together and we had to get to a very emotional moment, very quickly. I had to die, basically, in his arms. I wanted something more powerful than just like, “hey, there’s a guy that’s been hanging out, that’s cute, for a few days.” and then die in his arms.

I wanted some investment for myself. The idea that they were seeing–like maybe you never saw what happened between the two of them? I definitely wanted to, kind of, float that out there. So I just used myself, you know? How I would respond to someone like that and the idea of being a droid your whole life and never loving someone.

And then maybe, right before you die, you do.

It’s kind of a moving thing, you know?

Listen to the full interview:

Check out Jonathan’s podcast, Hollywood Caucus, anywhere you get your podcasts. 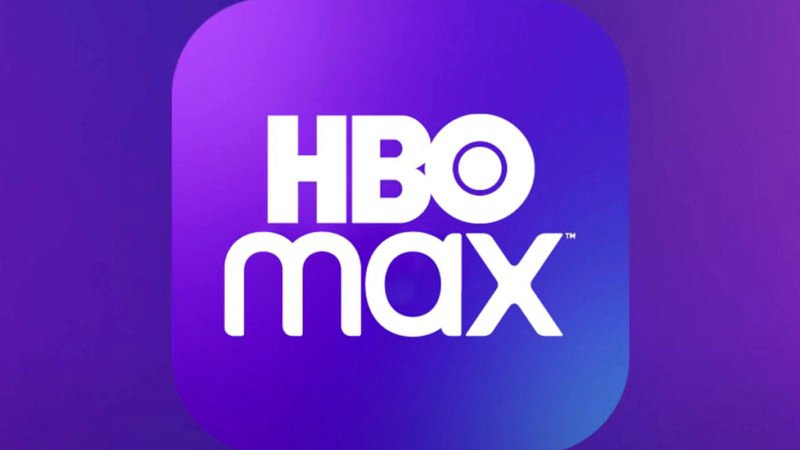 It’s time to jump on the HBO Max train. 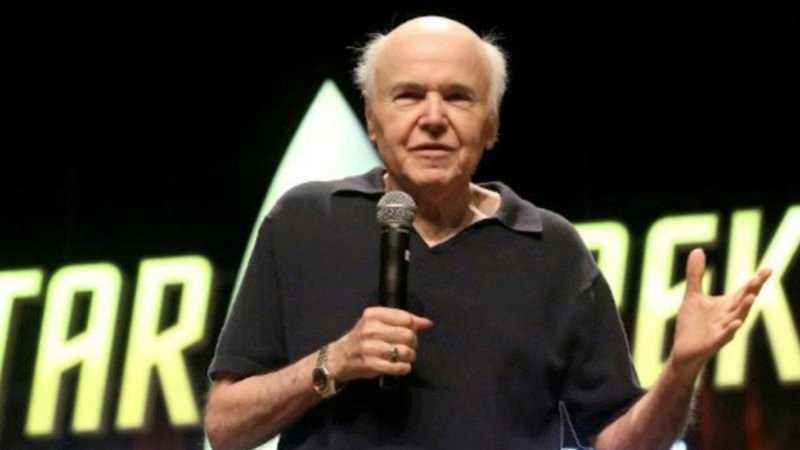 [powerpress url="http://audio.voxnest.com/stream/83b73260ee7d49c0bb0d8b53bdcb749e/http://mznow.tv/wp-content/uploads/2020/05/Walter-Keonig-Interview.mp3"]
Star Trek star, Walter Koenig, talks about his career and his Trek experience in his new book, Beaming Up and Getting Off: Life Before and Beyond Star Trek. 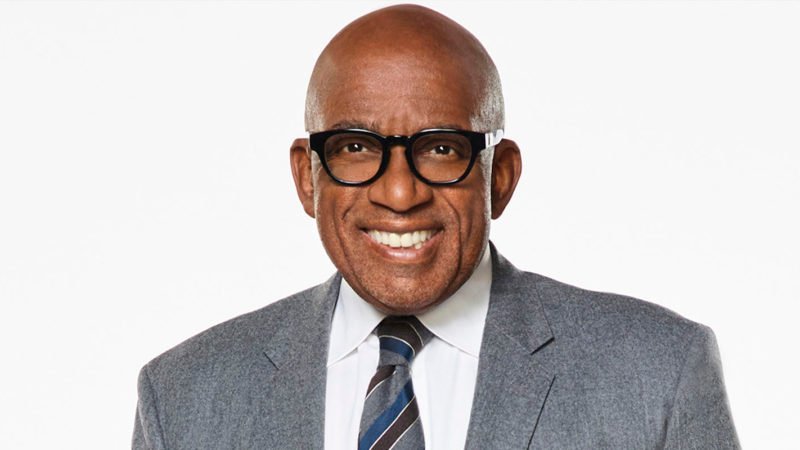 American’s weatherman, Al Roker, talks about his latest book, You Look So Much Better in Person: True Stories of Absurdity and Success.
[powerpress url="http://audio.voxnest.com/stream/83b73260ee7d49c0bb0d8b53bdcb749e/http://mznow.tv/wp-content/uploads/2020/08/Al-Roker-Interview.mp3"] 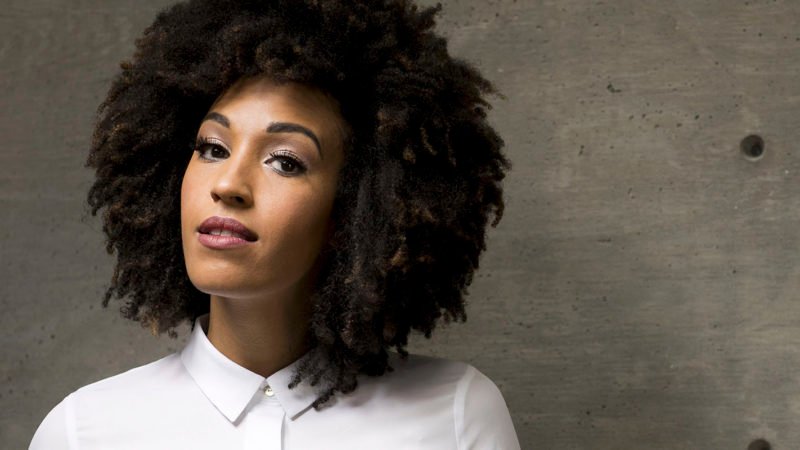