This Sunday, May 17, Steven Ogg stars in the new TNT apocalypse drama, Snowpiercer. The timing couldn’t be better given the current situation.

Do you think working on shows like, The Walking Dead and Snowpiercer, helped you prepare for this mini apocalypse we’re in now?

You didn’t learn any valuable skills from, you know, beating up zombies and stuff?

“Well, there’s no zombies yet.”

“Basically, Snowpiercer is set in a global freeze. What happens is, climate change is destroying the planet. As they try to fix it, they end up causing this global freeze over of the planet. A brilliant man, Wilford, has created this train, that’s 1,001 cars long, where people buy tickets and those that have the money can get on it. Those that don’t have money end up fighting to get on this train. They’re kept in the back where they’re treated like animals, essentially. [They’re] fed cockroach bars. You know, they’re the tailies. That’s where my character, Pike, resides. Whereas the first class are having sushi.

So there’s an enormous, inequality on this train. The show on Sunday, premiers with picking up seven years into this journey of the train circumnavigating a frozen globe. And people in the tail are getting a little, a little squirrely of the inequality. [They’re] wanting something a little more than bug bars.”‘ 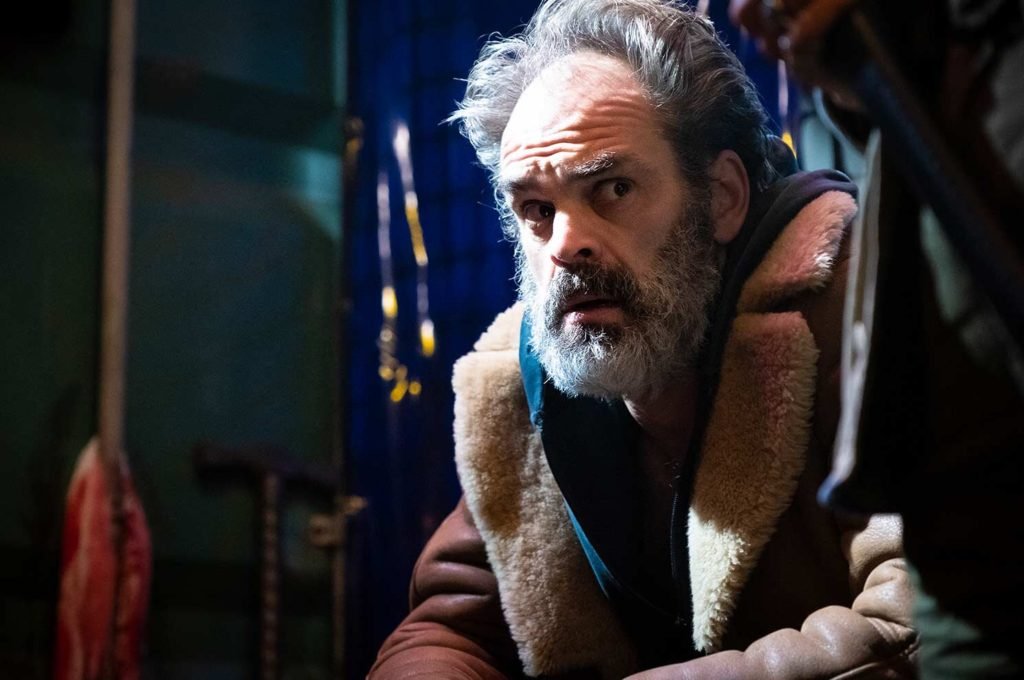