I received an angry call from Michael Zavala on Tuesday. Apparently, he’s got a bunch of “big acts” appearing on the show in the coming weeks and I better start “pulling my weight” if I want to keep my segment on the show. Apparently turning in a review whenever the hell I feel like it and focusing on terminally middle-of-the-road productions like Pixels and Going in Style weeks after their release isn’t “going to cut it anymore.” No longer could I “skate by” on half-baked jokes that prey on the elderly, washed-up, insufferable or perennial five-alarm blowhard Steven Spielberg. I have to “produce”!

Luckily, this call could not have come at a better time. After a spring that was deader than Sir Roger Moore himself (too soon?), Hollywood has the summer sizzlin’ once again, this time with back-to-back released films that look suspiciously worth seeing. Baby Driver, an action flick with an odd cast, awkwardly dimwitted title and eye-popping 97% on Rotten Tomatoes. And what-the-hell-happened-it-looked-hilarious-in-the-previews The House with a diseased 16% on the Tomatometer. To add to the intrigue, there are rumors of Will Farrell cancelling talk show appearances because the buzz is that Warner Brothers has laid another giant deuce with the production of this film. Sources close to the production, but whom wanted to remain nameless in this piece, referred to the script as a “donkey”, a “blithering abomination”, a “farce” and a “joke unto itself”.

Could the one film be that good and the other that bad? Can relative noob Ansel Elgort beat out powerhouse Will Farrell in a gloves-off fight-to-the-death between summer blockbusters for loose disposable income? I’ll let that cat out of the bag right now, but yes, Baby Driver is the far superior of the two films. However, the Rotten Tomatoes critics were either high or worse – not high enough when they went to see The House, because the film is a gem that is destined to become a cult classic. Enjoy Baby Driver while it lasts, you won’t be watching it again six years from now.

Before I review Baby Driver in further detail, let me just take a brief pause to rip Kevin Spacey. Kevin Spacey has the Anthony Hopkins syndrome. Hopkins, who was unforgettable as Hannibal Lecter in Silence of the Lambs, has devolved into the creepy husband you find yourself in a shotgun wedding with every time you see them on the screen. Spacey, who cut his teeth in quirky comedies See No Evil, Hear No Evil and The Ref before making another cult classic, The Usual Suspects, in 1995 may have been destined to become one of Hollywood’s great actors. That was until he made American Beauty, one of the most pretentious, over-stuffed and over-fluffed pictures in modern history. Perpetually content to typecast himself as a rich sinister jackass, seeing Spacey on the screen is like being forced to hang out with the smug uncle who you secretly hate. In classic Spacey fashion, his performance was so stuck-up that the filming needed to be extra intricate to crop out the giant tentpole up his ass. This feat was especially impressive for both Spacey and the crew, as he performed the majority of the scenes from his High Horse. If you’re still jonesing for more douchebag after American Beauty, do not walk – run out and go see this film.

And, I’m sorry “Baby Driver”? I refuse to believe that the studio couldn’t come up with a better name for the film. But, now that we live in a full-blown idiocracy, who am I to say what goes and doesn’t go? Baby Driver it is, fine I give up.

First off, the film doesn’t start off that great. It begins with one-of-many car chase scenes, a story that seems contrived (and pretty much is) and a shadow of doubt as to whether John Hamm and Jamie Foxx will be watchable. It also does not help that many of the main characters are unlikable and the lead character (Baby) is a bit of a cheeseball. The film is very stylish, but often in a too-cool-for-school way and that is a major factor that is lifting the rating to a 97. The people reviewing this film are too afraid that they will be perceived as uncool if they give it a bad review. I challenge my competing critics to man the ‘F’ up and question whether something presented to them as cool is in fact legitimately cool, rather than behaving like the lemmings they have proved themselves to be when they aggregated themselves into a 97 on this picture. I’ll admit it’s a good film, but a 97? Who’s cooking the books here?

For the first 30 minutes of the film you feel like you may have been duped by the 97. Then you become like a doctor weighing costs and benefits. First, a great decision was made to make music a motif in the film and whoever selected the songs for the film has notably outstanding taste in music – the soundtrack will be one of the most recognized aspects of the film. Hamm and Foxx, who are shaky early in the film eventually pull it together and even prima donna Kevin Spacey went out of his way to deliver a passable performance. Side note – there’s a love story in there that you have the option of caring about if you like. The film wins in the end with great and extended action sequences, outstanding music and unapologetic one-sidedness from the criminal’s perspective that you can’t help but like. If you want to root for criminals and against innocent bystanders and the Atlanta Police Department, this is the film for you! It’s like The Fast and the Furious if those films were actually fast or furious.
Star Rating – 3 out of 4 Stars
De-Fluffed Tomatometer Rating – 74

When the TV show House premiered on FOX in 2004 I immediately knew the entertainment industry had entered a new era of dumbed-downededness. Great, a show called “House”, what’s next? “Boat”, “Car”, “Baby Driver”? If a show is being put on TV called House, it damn well better be a Police Academy spinoff with the fat cop House as the lead character. Unfortunately, no. Instead of creating a spinoff juggernaut, Hollywood instead tried to appeal to a wider audience, turning out 177 episodes of the equivalent of skim milk. In the case of The House, it is amazing the difference that adding the meaningless modifier “The” makes in this case – rocket-shipping two words that are terminally boring in and of themselves into something mysterious and potentially sinister – like “the man”, “the city”, “the powers that be” and “the system”. In this case of both films, we’re on the side of the bad guys. If someone is getting screwed, we better be the ones who are doing the screwing. Herein lies the beauty of an R-rated film – giving the viewer the opportunity to be the bad guy for a change – in which case both films deliver beautifully on this premise.

Releasing two films that might be worth seeing in the same week is a feat that Hollywood rarely accomplishes anymore. Releasing two R-rated major films that might be worth seeing in the same week is nothing short of immaculate conception. The industry has habitually valued CGI over script writing and their default is now making sequels of superhero movies and delving just slightly deeper into Marvel and DC’s repertoire when they need to come up with “new” content. Any movie with a real budget is pre-watered down not to receive an R rating so 16-and-unders can attend in the absence of adult supervision, deliberately leaving the edge that an R rating generally provides behind in the process. The R rated films that are now made for the 17-and-overs are tracked down the art house route – lower budget, less action, lesser-known actors and plots that are obscure if not outright unnecessary. I’m sorry, I don’t want to see a story about a Cambodian shoemaker crisscrossing the Himalayas in 1947 in search of his long-lost brother, I want to see Will Farrell drop some sweet F-bombs!

The House has a great premise, fairly decent cast, at least an average script for a comedy and provides the consistent profanity that justifies the ticket price. Will Farrell, Amy Poehler and Jason Mantoukas are all relatively funny in the film and at times are hilarious. And, good news! Alicia Silverstone has a twin sister that was cryogenically frozen 20 years ago! They just thawed her out, named her “Ryan Simpkins” and inserted her in this film. They even went so far as to make up a phony filmography for her on IMDB that is full of films that no one has ever seen, assuming most of these films even exist. And, it works. The characters have chemistry with one another, the supporting cast contributes and the laughs are consistent enough across the duration of the film to make it worth it.

So why the 16%? If the film is as funny and enjoyable as I say it is, why did so many critics trash it on Rotten Tomatoes with one of the barnyard of hacks referring to the film as “an outstanding candidate for worst film of the year”? Do I know better than them what is and what isn’t funny? You’re god damned right I do. First, the jokes in this comedy reach a little farther than a typical one, so you have to emerge from your comfort zone a smidge in order to appreciate many of them. You may even have to go so far as laughing on your own even if the person next to you isn’t doing so!

Hollywood has been unabashedly middle-of-the-road in their comedies over the last 20 years. If your name isn’t Apatow or Rogen you’re likely to be shut out from square one, and in this case if you’re allowed to proceed you’re then shot down by the critics for not following the Apatow/Rogen recipe closely enough. The film is funny, the critics don’t know what the hell they’re talking about and they’ve underrated this film to a similar degree to which they’ve overrated Baby Driver. You can’t try to make a cult classic, it needs to happen naturally and that is what has occurred in this case. Ferrell himself shouldn’t be so gun shy. He should go out and promote this film for what it is and challenge the critics to acknowledge that this is a funny film, even if the dingbat sitting next to you doesn’t think its funny.
Star Rating – 2.5 out of 4 Stars
Adjusted Tomatometer Rating – 45

Lastly, in response to Michael Zavala. You want me to step it up? How about reviewing not one, but two summer blockbusters the weekend they came out? And I did it without making fun of any old people, except Roger Moore, and he’s already dead! Check and mate, sir. 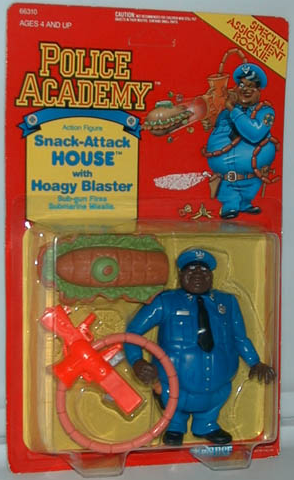